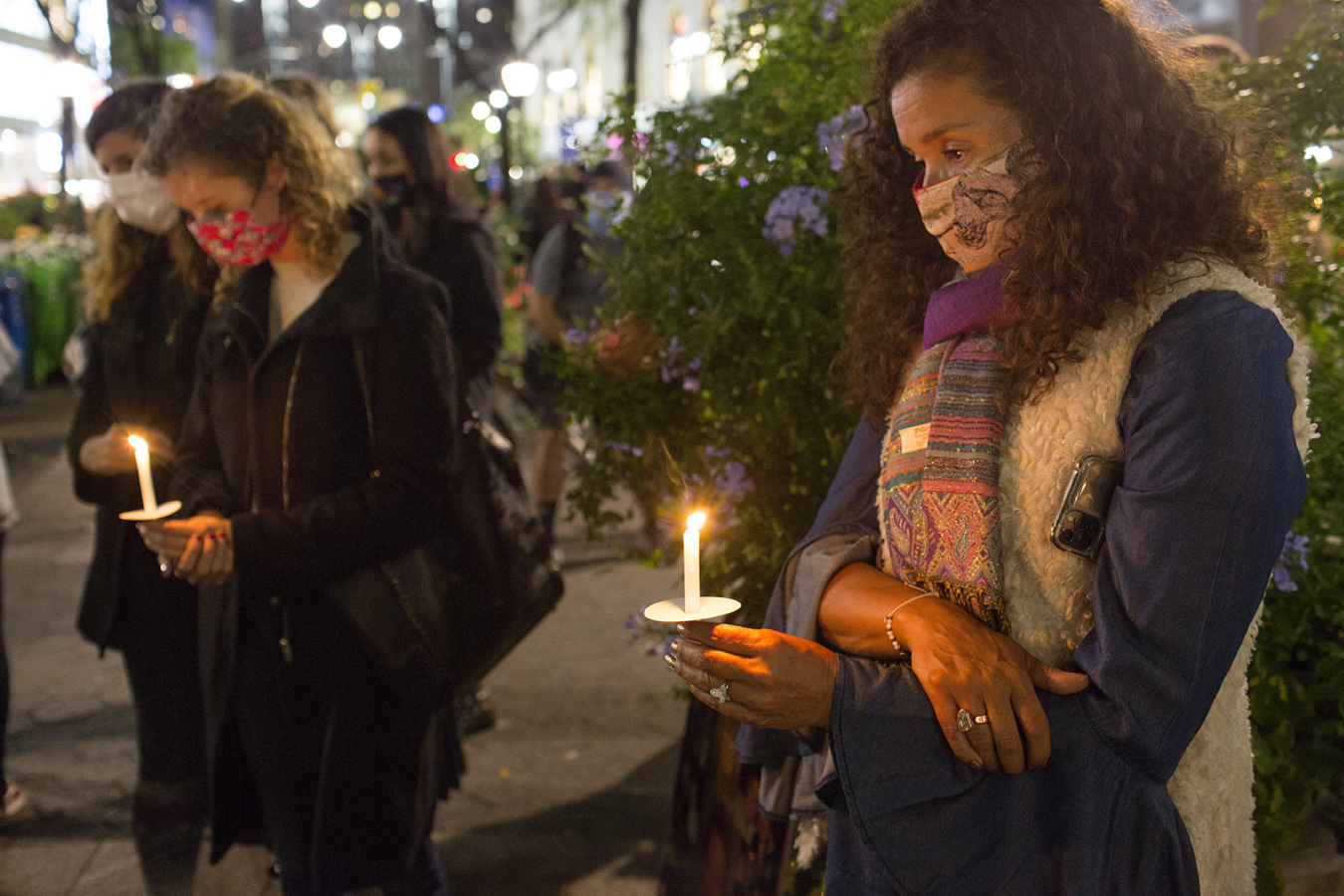 It is the latest sign of a generational tragedy — one still unfolding in every corner of the country — that leaves in its wake an expanse of grief that cannot be captured in a string of statistics.

“The numbers do not reflect that these were people,” said Brian Walter, of New York City, whose 80-year-old father, John, died from COVID-19. “Everyone lost was a father or a mother, they had kids, they had family, they left people behind.”

Behind Each of More Than 300000 Lives Lost: A Name- a Caregiver- a Family- a Story. There is no analogue in recent U.S history to the scale of death brought on by the coronavirus, which now runs unchecked in countless towns, cities and states.

During the past two weeks, COVID-19 was the leading cause of death in the U.S., outpacing even heart disease and cancer.

“That should be absolutely stunning,” Spencer said. And yet the most deadly days of the pandemic may be to come, epidemiologists predict.

Even with a rapid rollout of vaccines, the U.S. may reach a total of more than half a million deaths by spring, said Ali Mokdad of the Institute for Health Metrics and Evaluation at the University of Washington.

Some of those deaths could still be averted. If everyone simply began wearing face masks, more than 50,000 lives could be saved, IHME’s model shows. And physical distancing could make a difference too.

No other country has come close to the calamitous death toll in the U.S. And the disease has amplified entrenched inequalities. Blacks and Hispanics/Latinos are nearly three times more likely to die from COVID-19 than whites.

“I’m really amazed at how we have this sense of apathy,” said Dr. Gbenga Ogedegbe, a professor of medicine and population health at New York University Grossman School of Medicine. He said there’s evidence that socioeconomic factors, not underlying health problems, explain the disproportionate share of deaths.

The disease, he said, reveals “the chronic neglect of Black and brown communities” in this country.

Though the numbers are numbing, for bereaved families and for front-line workers who care for people in their dying moments, every life is precious.

Here are reflections from people who’ve witnessed this loss — how they are processing the grief and what they wish the rest of America understood.

‘There Are Things We Can Do to Still Make a Difference’

Darrell Owens, a doctor of nursing practice in Seattle, was startled to learn recently that he had signed more death certificates for COVID-19 than anyone else in Washington.

Owens runs the palliative care program at the University of Washington Medical Center-Northwest, where he has treated COVID patients since the early spring.

“I’m feeling much more anger and frustration than I did before because much of what we’re dealing with now was preventable,” Owens said.

Owens still finds moments of grace and meaning as he cares for the dying.

“The other day, there was a lady I was taking care of who’d come from a local nursing home and it was very clear that she was nearing the end,” Owens said. “I just picked up her hand. I sat there. I held her hand for about 25 minutes until she took her last breath.”

He stepped out of the room and called the patient’s daughter.

“It made such a difference for her that her mom was not alone,” he said. “What an incredible gift that she gave me and that I was able to give her daughter. So there are things that we can do to still make a difference.”

Since his father died of COVID-19 in the spring, Brian Walter of Queens, New York, has helped run a support group on Facebook for people who’ve lost family and friends to COVID-19.

It’s helped him grieve his father John, whom he describes as a very loving man dedicated to his autistic grandson and to running a youth program for teenagers.

Some in their group admit they denied the severity of the virus and shunned precautions until it was too late.

“It’s not a joke. It’s not a hoax, and you will not understand how horrible this is until it enters your family and takes away someone,” he said.

All of this complicates the grief, but it has also led Walter and others in his group to speak out and share their stories, so that numbers don’t obscure the actual people who were leading full lives before dying from COVID-19.

“I know what it’s like to have to say goodbye to somebody over a Zoom call and to not have a funeral,” Walter said.

Martha Phillips, an ER nurse who took assignments in New York and Texas in the spring and summer, said there is one patient who has become almost a stand-in for the grief of the many whose deaths she witnessed.

It was the very last COVID patient she cared for in Houston.

“I reached down to just adjust her oxygen tubing just a little bit,” Phillips recalled. “And she looks up at me and she sees me through my goggles and my mask and my shield and meets my eyes and she goes, ‘Do you think I’m going to get better?’”

“What do you say to someone who’s not ready to die? Who has so much to live for, but got this and now they’re trapped?”

‘This Is Worse Than Being in War’

ER physician Dr. Cleavon Gilman, a veteran of the Iraq War, said it’s still hard to communicate the brutality of a disease that kills people in the privacy of a hospital wing.

When Gilman was in New York City during the spring surge, he never imagined the U.S. would be losing thousands of people each day to COVID-19 so many months later.

“That 300,000 Americans would be dead and life would go on and people would not have empathy for their fellow Americans,” he said. “I can tell you this is worse than being in war.”

The enemy is invisible, he said, the war zone is everywhere, and many refuse to take the most simple actions to combat the virus, even as morgues fill up in their own community.

Throughout the pandemic, Gilman, who is now working in Yuma, Arizona, has shared photos and stories of people who’ve died from COVID-19 each day on social media.  “It’s really important to honor them,” he said.