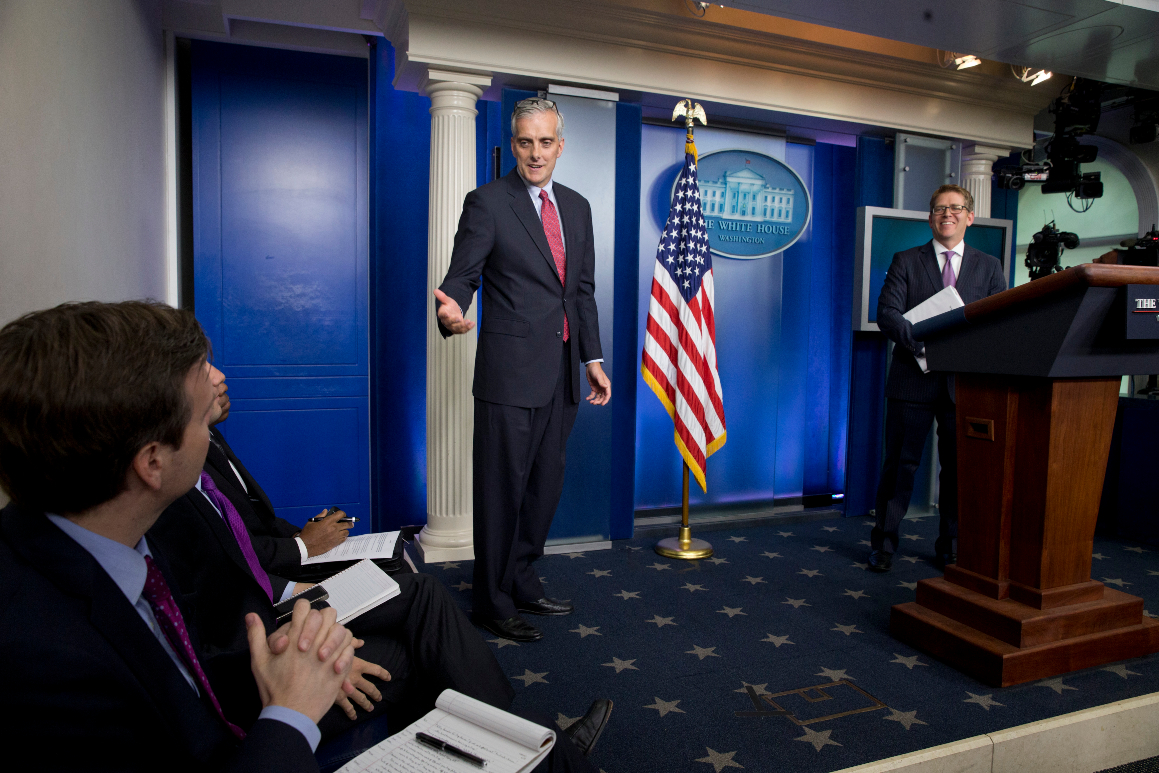 Biden to tap Denis McDonough for Veterans Affairs. Biden chose McDonough because he felt he was crisis-tested and knows how to pull the levers of government, according to a source close to the transition. Biden was also impressed by McDonough regularly visiting Walter Reed and making a point of visiting troops in the field while he was deputy national security adviser under Obama.

The decision is likely to raise the ire of some veterans’ service organizations, however, who value having a war veteran leading the agency. McDonough was a longtime Capitol Hill staffer before he joined the Obama campaign in 2008, and he then served in various foreign policy roles in the White House before becoming chief of staff.

David Shulkin, who served as under secretary of Veterans Affairs for health during the latter part of the Obama administration and then became secretary under Trump, said McDonough is “going to have a big learning curve on specific issues when it comes to the VA” if he is confirmed.

“But he knows how the deal with the complexity of Washington and how to get things done and that’s a good sign for the VA,” Shulkin said.

McDonough did not immediately respond to a request for comment.

As head of the agency, McDonough will be tasked with implementing one long-term, large-scale project high stakes: overhauling the VA’s notoriously balky medical records system to a new, private-sector system designed by Kansas City-based Cerner.

Initiated by White House adviser Jared Kushner, and theoretically budgeted for $16 billion over 10 years, the system is widely expected to take longer and cost more. Whether or not it’ll achieve its stated goal — making sure service members’ medical records follow them from enlistment, post-discharge, and through the sprawling Veterans Affairs’ system — remains to be seen. The project has already taken its first baby steps, rolling out its records in Spokane, Wash., after several delays.

Since leaving the White House, McDonough has been teaching classes at the Keough School of Global Affairs at the University of Notre Dame. He has also been overseeing the school’s Presidential Transition Index that is tracking the Biden transition.

One former Obama administration official who served with McDonough said it “speaks very highly of him that he’s willing to go into that bureaucracy — some might say morass.”

“A lot of people do really good work there, but you have to cut through layers of red tape and disappointment,” the person said. “McDonough is like an ascetic — a holy man in that he is almost a glutton for punishment.”