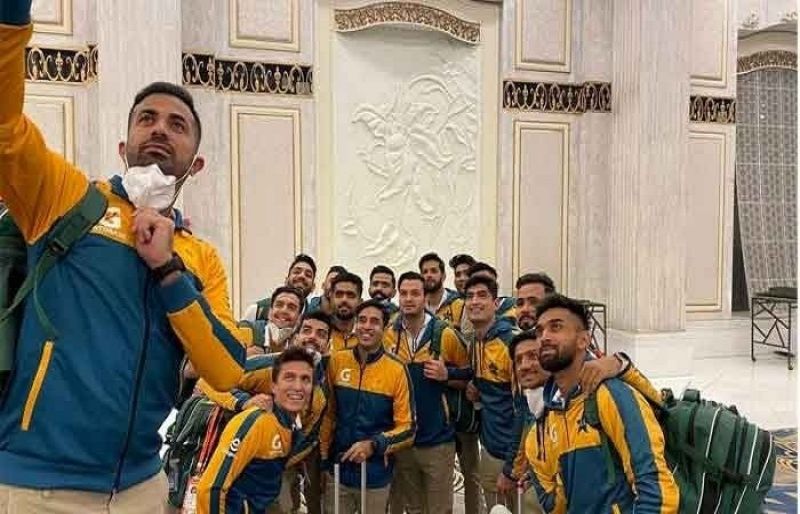 “NZC was made aware today that six members of the Pakistan touring squad, currently in managed isolation in Christchurch, have tested positive for COVID-19,” said the board in a statement.

The board said that two out of the six were cases of reinfection, while the other four were marked as “new”. It added that following the test results the six individuals will be moved to the “quarantine arm of the managed isolation facility”.

“The Pakistan team’s exemption to train while in managed isolation has been put on hold until investigations have been completed,” said the board following the test results.

It is important to mention that the squad had tested negative four times before leaving Lahore.

The New Zealand Cricket Board also said that some members of the team had “contravened protocols on the first day of managed isolation”.

“We will be having discussions with the tourists to assist them in understanding the requirements,” said the board.

Earlier, it was reported that the 54-member Pakistan Cricket squad has been divided into four different groups on arrival in New Zealand – each group isolated from other groups, residing in separate blocks.

An official confirmed that players and officials will remain in isolation for 14 days, the duration will be calculated from the day of arrival in Christchurch.

“They will have the training and other movements at their respective decided times. It is like a different bubble for each group. Virtually every group is isolated from other groups and living in their own bubble,” he said.

“It is like four different bubbles within the biosecure environment set for the team,” the official explained.

Each group has a set of players and officials with them so that players’ training can be managed aptly with the best available coaching staff.

Pakistan will play three T20Is and two Test matches in New Zealand next month. On the sidelines, Pakistan Shaheens will also play two 4-day games against New Zealand A on the tour.