Why Employers Find It So Hard to Test for COVID 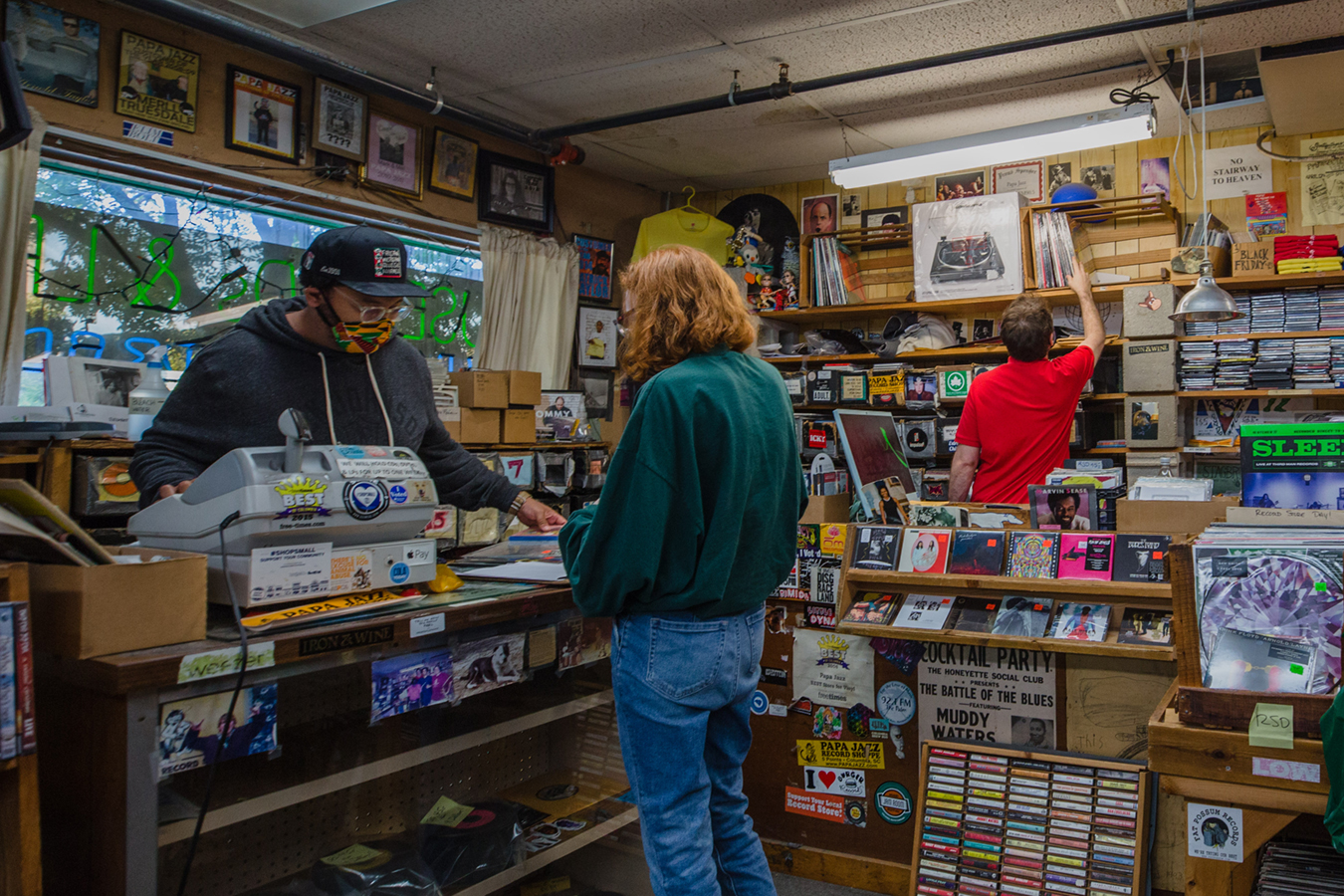 Why Employers Find It So Hard to Test for COVID

Why Employers Find It So Hard to Test for COVID. Brandon Hudgins works the main floor at Fleet Feet, a running-shoe store chain, for more than 30 hours a week. He chats with customers, measuring their feet and dashing in and out of the storage area to locate right-sized shoes. Sometimes, clients drag their masks down while speaking. Others refuse to wear masks at all.

So he worries about COVID-19. And with good reason. Across the U.S., COVID hospitalizations and deaths are hitting record-shattering new heights. The nation saw 198,633 new cases on Friday alone. In California, COVID case counts are growing at the fastest rate yet.

Unlike in the early days of the pandemic, though, many stores nationwide aren’t closing. And regular COVID testing of workers remains patchy at best.

“I’ve asked, what if someone on staff gets symptoms? ‘You have to stay home,’” said Hudgins, 33, who works in High Point, North Carolina. But as an hourly employee, staying home means not getting paid. “It’s stressful, especially without regular testing. Our store isn’t very big, and you’re in there all day long.”

To the store’s credit, Hudgins said the manager has instituted a locked-door policy, where employees determine which customers can enter. They sanitize the seating area between customers and administer regular employee temperature checks. Still, there’s no talk of testing employees for COVID-19. Fleet Feet did not respond to multiple requests to talk about its testing policies.

The federal Centers for Disease Control and Prevention issued guidance to employers to include COVID testing, and it advised that people working in close quarters be tested periodically. However, the federal government does not require employers to offer those tests.

But the board overseeing the California Division of Occupational Safety and Health, known as Cal/OSHA, on Thursday approved emergency safety rules that are soon likely to require the state’s employers to provide COVID testing to all workers exposed to an outbreak on the job at no cost to the employees. Testing must be repeated a week later, followed by periodic testing.

California would be the first state to mandate this, though the regulation doesn’t apply to routine testing of employees. That is up to individual businesses.

Workplaces have been the source of major coronavirus outbreaks: a Foster Farms chicken-processing facility in the Central Valley town of Livingston, grocery stores in Los Angeles, a farmworker housing complex in Ventura County, Amazon warehouses — largely among the so-called essential workers who bear the brunt of COVID infections and deaths.

The U.S. Occupational Safety and Health Administration inspects workplaces based on workers’ complaints — over 40,000 of which related to COVID-19 have been filed with the agency at the state and federal levels.

In California, Cal/OSHA has cited 54 workplaces for COVID-related violations to date, amounting to more than $1.5 million in proposed penalties.

Workers “have every right to be concerned,” said Dr. Peter Chin-Hong, an epidemiologist at the University of California-San Francisco. “They are operating in a fog. There is little economic incentive for corporations to figure out who has COVID at what sites.”

Waiting for symptoms to emerge before testing is ill-considered, Chin-Hong noted. People can exhibit no symptoms while spreading the virus. A CDC report found that, among people with active infections, 44% reported no symptoms.

Yet testing alone cannot protect employees. While workplaces can vary dramatically, Chin-Hong emphasized the importance of enforcing safety guidelines like social distancing and wearing face masks, as well as being transparent with workers when someone gets sick.

Molly White, who works for the Missouri state government, was required to return to the office once a week starting in July. But White, who is on drugs to suppress her immune system, feared her employer’s “cavalier attitude toward COVID and casual risk taking.” Masks are encouraged for employees but are not mandatory, and there’s no testing policy or even guidance on where to get tested, she said. White filed for and received an Americans With Disabilities Act exception, which lasts through the end of the year, to avoid coming into the office.

After a cluster of 39 COVID cases emerged in September in the building where she normally works, White was relieved to at least get an email notifying her of the outbreak. A few days later, Gov. Mike Parson visited the building, and he tested positive for COVID-19 soon after.

Following pressure from labor groups, Amazon reported in a blog post last month that almost 20,000 employees had tested positive or been presumed positive for COVID-19 since the pandemic began. To help curb future outbreaks, the online retailing giant, which also owns Whole Foods, built its own testing facilities, hired lab technicians and said it planned to conduct 50,000 daily tests across 650 sites by this month.

The National Football League tests players and other essential workers daily. An NFL spokesperson said the league conducts 40,000 to 45,000 tests a week through New Jersey-based BioReference Laboratories, though both organizations declined to share a price tag. Reports over the summer estimated the season’s testing program would cost about $75 million.

Not all companies, particularly those not in the limelight, have the interest — or the money — to regularly test workers.

“It depends on the company how much they care,” said Gary Glader, president of Horton Safety Consultants in Orland Park, Illinois. Horton works with dozens of companies in the manufacturing, construction and transportation industries to write exposure control plans to limit the risk of COVID-19 outbreaks and avoid OSHA citations. “Some companies could care less about their people, never have.”

IGeneX, a diagnostic testing company in Milpitas, California, gets around 15 calls each day from companies across the country inquiring about its employer testing program. The lab works with about 100 employers — from 10-person outfits to two pro sports teams — mainly in the Bay Area. IGeneX tests its own workers every other week.

One client is Tarana Wireless, a nearby telecommunications company that needs about 30 employees in the office at a time to operate equipment. In addition to monthly COVID tests, the building also gets cleaned every two hours, and masks are mandatory.

“It’s definitely a burden,” said Amy Beck, the company’s director of human resources. “We are venture-backed and have taken pay cuts to make our money extend longer. But we do this to make everyone feel safe. We don’t have unlimited resources.”

IGeneX offers three prices, depending on how fast a company wants the results: $135 for a polymerase chain reaction (PCR) test with a 36- to 48-hour turnaround — down to around $100 a test for some higher-volume clients; one-day testing costs $250, and it’s $400 for a six-hour turnaround.

In some cases, IGeneX is able to bill the companies’ health insurance plan.

“Absolutely, it’s expensive,” said IGeneX spokesperson Joe Sullivan. “I don’t blame anyone for wanting to pay as little as possible. It’s not ‘one and done,’ which companies are factoring in.”

Plus, cheaper, rapid options like Abbott’s antigen test, touted by the Trump administration, have come under fire for being inaccurate.

For those going into work, Chin-Hong recommends that companies test their employees once a week with PCR tests, or twice a week with the less sensitive antigen tests.

Ideally, Chin-Hong said, public health departments would work directly with employers to administer COVID testing and quash potential outbreaks. But, as KHN has reported extensively, these local agencies are chronically underfunded and overworked. Free community testing sites can sometimes take days to weeks to return results, bogged down by extreme demand at commercial labs like Quest Diagnostics and LabCorp and supply chain problems.

Hudgins, who receives his health insurance through North Carolina’s state exchange, tries to get a monthly COVID test at CVS on his own time. But occasionally, his insurance — which requires certain criteria to qualify — has declined to pay for it, he said.

“Being in the service industry in a state where numbers are ridiculously high,” he said in an email, “I see volumes of people every day, and I think getting tested is the smart and considerate thing to do.”